How Much is A Pint? Know All about Pint Measurement 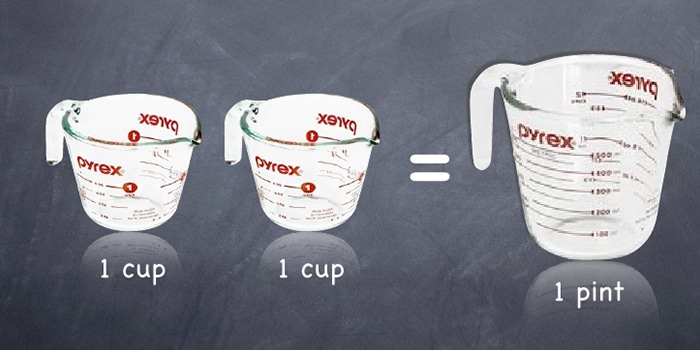 You’ve probably came across the term ‘pint’ more than once on refrigerant dehumidifiers as a measurement unit for its capacity. For your information, it is also used as unit of measurement for water tank volumes. So, what exactly is a pint measurement? A pint is basically a measurement unit for capacity or volume commonly used in the United States, United Kingdom and several other nations of the Commonwealth.

The capacity of a dehumidifier also gives a slight indication of the size of space in square feet that it can cover. Therefore, if you have information about the square footage of your space to be dehumidified, you can get an idea of dehumidifier capacity you will require. This is because the pint measurement of a dehumidifier relates directly to the size of the space the unit can serve appropriately.

Here is a brief explanation of the numbers and why UK and US pint measurements vary.

When the pint measurement was first introduced, it used to be referred to as one-eighth of a gallon. You can guess the level of confusion that was in existence concerning the measurements back then considering that there were so many different types of gallons. That meant that there were also several types of pint.

So, why are UK and US using different pint measurements? Isn’t there some form of confusion as well? The answer to these questions date back in 18th century, 1707 to be precise. This was the time when the British wine gallon, an equivalence of 231 cubic inches was adopted by the US as their unit of volume measurement. From this, the wet pint of US was conceived. As for the dry pint, it came from the British corn gallon with an equivalence of 268.8 inches.

However, in the 19th century, the year 1842, Britain decided to do away with all the gallon measurements that were in use up to that year. A new imperial gallon with an equivalence of 277.42 cubic inches was then devised. Up to date, the UK pint has always been derived from the imperial gallon.

As for the US, they never changed anything and continued to use the initial gallon and pint measurement. So, the confusion is now buried with a brief history of both the US and UK pint. The pint used in this review is basically the US pint so don’t get confused with the imperial pint, which is only used for draught beer, refillable milk bottles as well as cider. Through the entire history of pint, other countries outside the Commonwealth as used pint, though the difference was with the volume. The volume of pint for non-Commonwealth nations ranged between 0.5l to more than 1l. This explanation is really necessary as it helps you know at least what you are dealing with and what your region uses. If you should import a dehumidifier from UK to US, you will be in a better position to understand why your unit capacity is different from that of your neighbors or friends.

Know it for yourself

There you go! A brief explanation of pint measurement and the variations arising from UK and US. Even though you may not have interest in the measurements and what they mean, at some point you will find this knowledge handy. It will play important role in making wise purchasing decisions that suit your needs.