Non-Inverter vs Inverter Air Conditioner: Which Should You Choose? 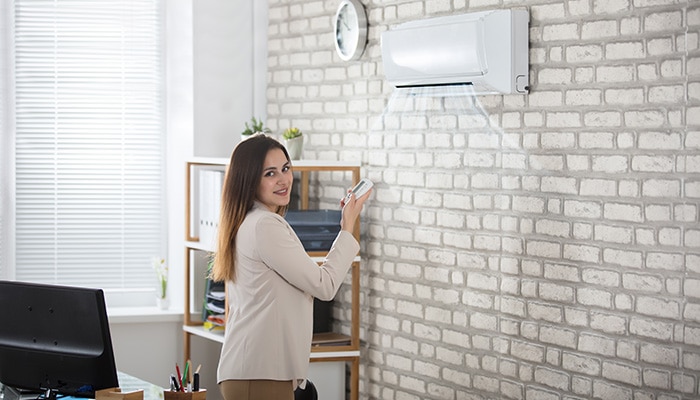 From lighting a fire pit to fanning ourselves, we have always found a way to regulate our body temperatures and have some level of comfort in our own environments. With time came air conditioners, but it seems like we aren’t done with improving these amazing home appliances. We have been coming up with newer technologies and quite recently, we reached the age of the inverter air conditioner. Now we even have 8-pole digital inverter air conditioners in 2018 and we can be certain that we aren’t going to stop here!

Regardless of what the future holds, right now, the inverter technology is a fairly new development among the different air conditioner technologies, and many people seem to be unaware of the huge benefits that could come along with getting one of them. Inverters control how fast the compressor motor of an AC should work, which would ultimately help control and regulate the temperature. There are several advantages to having an inverter air conditioner simply because of this feature. With this article, you’ll hopefully understand why inverter ACs could prove to be beneficial for you.

What Does An Inverter Air Conditioner Do?

Let me delve into the technical details a bit so you can understand how the process goes by. Basically, the inverter in an air conditioning system has DC units associated with a drive that controls the electromotor speed under variable frequencies. The incoming AC current is converted by the drive to DC with the adjustable inverter modulating the DC current to the desired level. Thus, based on the air temperature, the speed of the compressor can be adjusted as needed. So when you stand in front of the unit, you’ll feel that the air coming out is not coming at a constant speed. It would have a varying temperature that would change according to your preferences.

Differences Between Non-Inverter and Inverter ACs

Choosing a split air conditioner can be quite a difficult task for you since you have to consider quite a number of factors. Non-inverter and inverter ACs are actually quite similar, the only difference being the compressor type. In case you don’t know, compressors convert the refrigerant to liquid form and let it expand. The expansion allows the refrigerant to cool, which lets cool air out.

This system brings in some set of problems. One of them is that non-inverter ACs, under no circumstances, can maintain a consistent room temperature throughout the whole period of its operation. Secondly, people sitting in the direct line of the air conditioner’s airflow will feel colder while others inside the room will have to wait for the room temperature to stabilize. And if the air conditioner is set to rotate, there will be a burst of sudden cold or hot air after every few seconds. Thirdly, non-inverter air conditioners are less energy efficient. A non-inverter AC is going to cost you more in electricity bills than the apparent lower price it comes in. Also, the compressor requires a constant level of energy which makes it run at a specific speed. Because of this process, the system often makes a lot of noise.

Finally, constant speed air conditioners also work harder, so wear and tear in them is more. They don’t last long and require more maintenance compared to inverter AC models. However, non-inverters are comparatively cheaper, so more people opt to buy them. And the larger the size, the higher the wear and tear is. For example, a 5-ton air conditioner will require more maintenance than a 1-ton unit.

Though constant speed air conditioner units have all of these disadvantages, most among us are not too keen to buy inverter air conditioners because of their low costs, as mentioned before. However, inverters ACs are able to make up for their extra buying costs in terms of reduced electricity bills in just a few years.

Why Buy Inverter Air Conditioners Then?

Here are five reasons why you should get an inverter AC unit:

1. You can save so much on electricity

Non-inverter AC units consume a lot of energy because they always work at full capacity. So when they are not running in the desired cooling temperature, they still work in the full capacity mode, consuming a lot more power than what is needed. Since the compressor starts and stops every time the temperature limit is reached, with every start-up a higher amount of power is used. Because of these power surges, more electricity is used. For saving up on your electric bills, an inverter is definitely a good idea. You won’t have to deal with unwanted power surges. Since inverter ACs run in varying capacities according to your cooling requirements, power will be consumed accordingly. Inverter ACs also don’t switch off. So you get cooled air continuously for a long uninterrupted period of time, at a lower speed. It’s known that inverter ACs reduce energy consumption by almost 60% compared to non-inverter models.

We have long been abusing our environment and we should take care of the mother nature every way we can. Inverter air conditioners have a role to play in preventing further environmental pollution and damage. Since they consume less energy and use eco-friendly coolants, little harm is done to the environment. A sustainable use of energy resources can help protect our environment a long way!

Inverter air conditioners usually have a longer connection pipe between the indoor and outdoor units. To prevent the unit from covering most of your room or office space, you can hide the outdoor unit easily. With the compressor out of your sight, your room would look spacious and cool better. When the temperature is higher, the lubricating oil in the outdoor compressor unit combines with the coolant and runs through the connection pipe into the indoor unit. A non-inverter model can’t gain access to the oil so easily since it has to get into the indoor unit on its own. This is the reason why non-inverter ACs have shorter connection pipes between the two units. Inverter ACs also have compressors that can easily retrieve the oil through their long pipes.

Inverter air conditioners have a longer lifespan compared to non-inverters. Since non-inverters cannot retrieve lubricants properly and they work at full capacity most of the time, they are more prone to wear and tear. As a result, they require more repairing and maintenance compared to inverter ACs for these reasons.

5. You get continuous comfort

Unlike non-inverter ACs, inverter air conditioners don’t provide a cycle of cooling and then a cycle of heating. So you get a comfortable cooling experience.

Their mode of operation is much quieter compared to non-inverter models because they don’t turn off and on every now and then.