How Can Air Purifiers Work Wonders for Chain Smokers? Must Read! 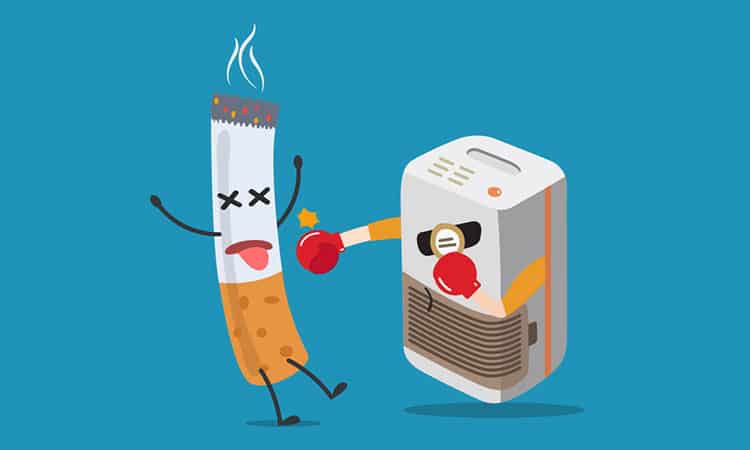 Many people enjoy tobacco use by smoking cigarettes, cigars and pipes – but not everybody enjoys the smell of the smoke.  However, by using an air purifier for smoke – also known as a ‘smoke eater’ – you can enjoy your favorite form of tobacco while ensuring that others are not bothered by the smell of tobacco smoke.  In fact, for friends and family that have allergies, an air purifier could be a chain smoker’s best friend!

How dangerous is tobacco smoke? 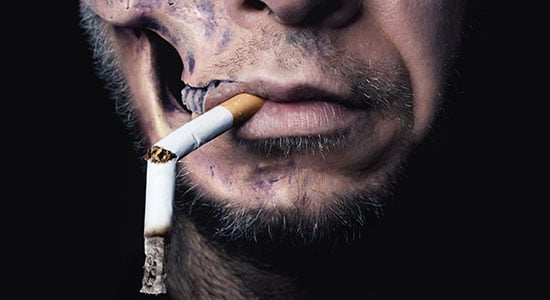 Scientific research has shown that exhaled tobacco smoke – also known as ‘second-hand smoke’ – holds certain dangers for those who are exposed to it.  There are over 7000 different chemicals that can be contained in second-hand smoke – and many of these chemicals are not only toxic but can also cause cancer if an individual is exposed to them over a long period of time.

Exhaled second-hand smoke not only contains airborne particles that can be seen but also produce microscopic particles that produce the unfavorable smell that accompanies tobacco smoke.  These particles contain such metallic elements as nickel, chromium, beryllium, and polonium-120 as well as toxins such as formaldehyde, benzene, and toluene.

These occur based upon the type of tobacco used, such as those in cigarettes and cigars, based upon the methods that manufacturers use to cure the tobacco and the techniques used for wrapping and preserving the tobacco.  Not only are these chemicals dangerous, they can provoke significant issues for people with allergies, including asthma and chronic obstructive pulmonary disease (COPD).


So, what should be done to protect health from cigarette smoke and cigar odor? 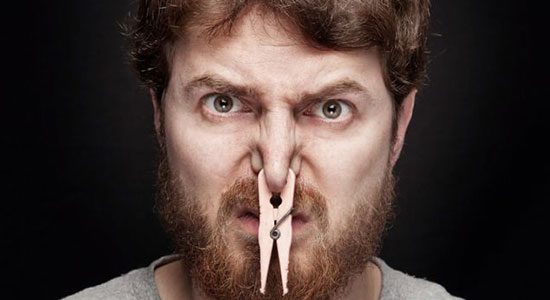 Exhaled tobacco smoke can quickly spread throughout the areas that are within the facility used, and can linger for a long time.  In certain enclosures (such as cars and houses), the chemicals and odors not only remain for a long time but are also difficult to get rid of once they have permeated cloth, upholstery and even paint! This is not only hazardous for health, but it also devalues the house. Many people enjoy using tobacco and often search for ways to prevent others from suffering from the hazards of second-hand smoke.  There are a number of useful methods to protect your health and well-being; one of the best ways is by using an air purifier for smoke, also known as a smoke eater.  These are commonly seen in bars, hotels and other public areas where smoking is allowed – and now, they can also be used in other environments such as the home or a work area.  Removing these toxins from the air is very important – and one of the best methods for doing this is the use of an air purifier for smoke.  There are a number of technologies that air purifiers use to remove harmful particles and odors, including ozone generators and ionizers, HEPA filter purifiers, PCO and PECO purifiers, gas-phase purifiers and UV-based purifiers.

What is the best type of air purifier to eliminate smoke and tobacco smell? 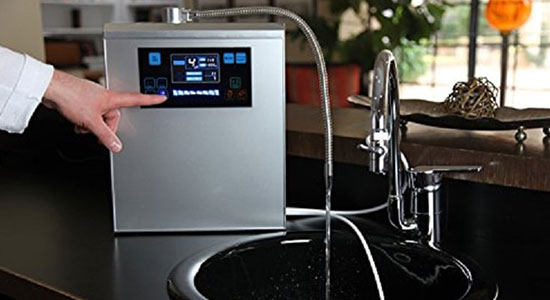 Ozone generators – also known as ionizers – work by eliminating odor and binding the chemicals found in tobacco smoke.  This type of smoke eater dissipates ozone into the atmosphere and uses electrically-charged oxygen particles to defeat odors and bind chemicals into the air that smokers exhale into.  Ozone generators work best when they can produce ionized air particles into the same areas smokers use and will work into cracks, air vents and other air trails that the second-hand smoke traveled in.  This technology is one of the best approaches for cleaning the odors and chemicals from the air, and can even be combined with heating or air conditioning systems by placing the ozone generator near the intake of the system’s air pumps. 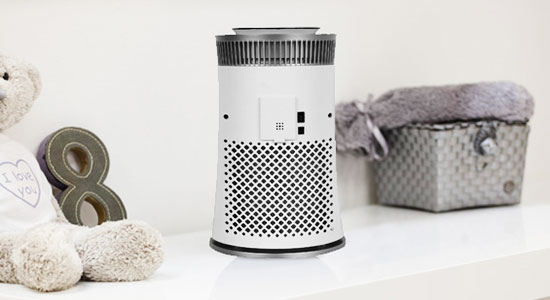 HEPA (High Efficiency Particulate Air) filter purifiers are becoming common for everyday use.  These filters are commonly seen in healthcare facilities, such as hospitals and long-term care facilities.  Originally created for radioactive contaminant removal from the air in a wartime environment, HEPA filter purifiers are a proven technology that works well at removing unwanted particles and preventing allergies.  Working at a high efficiency, these filters can trap up to 99% of airborne contaminants, and can remove particles as small as 0.1 microns – far smaller than the visible particles seen in exhaled tobacco smoke!

HEPA filter purifiers are ideal in areas when individuals with respiratory issues such as allergies or asthma may encounter tobacco smoke, as the filter will strain out the harmful particles that could trigger or worsen respiratory illnesses.  HEPA filter purifiers not only remove tobacco smoke particulates but can also filter out such irritants as mold, bacteria, pollen, pet dander, dust mites and other harmful irritants.  HEPA filter purifiers work by drawing air through the filter and therefore are best used by placing in enclosed areas where there is a defined air volume to clean, such as a smoking room or other walled space.

However, HEPA filters can struggle with removing odors and fumes; in order to get the cleanest atmosphere possible, it is suggested that you purchase a HEPA filter purifier that also uses activated carbon, or pair this filter system with an ozone generator. 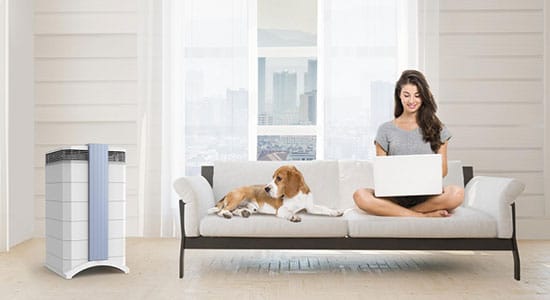 Gas phase purifiers are commonly used in areas where the air is full of chemicals that are often seen in industrial manufacturing – chemicals that exist (in smaller amounts) in tobacco smoke.  In addition to filtering tobacco smoke, gas phase purifiers are used in areas that utilize hazardous chemicals such as formaldehyde and ammonia.  They use a distinctive two-phase process that not only filters out particulates from the air but also passes the filtered air through containers that are filled with chemical-laced aluminum particles, activated charcoal and specific compounds that will remove smell and impurities in the air.

These smoke eaters are best used when placed within heating, ventilation and air conditioning (HVAC) systems, where they can achieve air cleaning so efficient that only one contaminant particle in a billion is allowed through! As you can see, this is one of the many benefits you can enjoy from your air purifier. 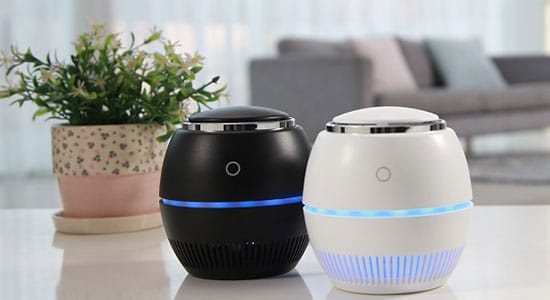 UV-based purifiers use ultraviolet light that breaks down molecular bonds.  UV-based purifiers work well to kill viruses, molds and other harmful pollutants within the air, making this purifier technology very useful for individuals who struggle with chronic asthma and other respiratory issues.

UV-based filters are used in water purifiers and are often components of other larger purifying units.  But the particulates in tobacco smoke are not ‘alive,’ which can reduce the removal ability of UV-based filters in areas that smokers use.  In addition, the smells that accompany tobacco smoke aren’t removed by using UV-based purifiers alone.  One solution is to use a photo-catalytic oxidation (PCO) or a photo-electrochemical oxidation (PECO) air purifier.  Commonly combined together, PCO and PECO air purifier for smoke utilize UV rays with various electrical and catalytic processes to remove particulates from the air.

Photo-catalytic oxidation air purifiers work by passing contaminated air over solid and liquid-based substances that increase the rate of chemical change (catalyst), which allows the filter to remove various substances from the air based upon the materials used to create the filter.

These filters remove entrapped particulates using the same chemical reaction as an ozone generator by using a process known as oxidation.  Oxidation breaks down the bonds of a molecule, which causes the particulate to decompose over time.  As useful as these filters are, one issue of significance is the fact that the removal of contaminants occurs over a much longer period of time in comparison to a HEPA or ozone air purifier for smoke.

This means that the smoker’s exhaled smoke will be captured and removed, but it will take longer to do so, which can involve more filter changes or a larger unit to manage the second-hand smoke.  In order to increase the efficiency of these units, a photo-electrochemical oxidation (PECO) filter can be used.

The PECO technology incorporates a series of electrodes that create chemical reactions with the contaminants being filtered.  This procedure forces the filtered particles to break down more quickly, which in turn increases the speed and efficiency of the filter.  When paired with the UV-based purifier, a PECO air purifier will not only eliminate chemicals in the air, but will also kill airborne bacteria, viruses, mold and other infectious particles within the air.  Due to the size and complexity of these purifiers, it is most common to see them incorporated into HVAC systems in large environments, such as hospitals, restaurants, and hotels. If you are considering buying an air purifier, you can go for it without any doubt.

Depending on the user’s needs, an air purifier for smoke can work wonders in removing tobacco smoke, odor and other contaminants from the atmosphere.  From a small-sized ozone generating purifier for the living room to a large integrated UV and PECO filtering system for a hotel or a club, these smoke eaters can reduce or eliminate contaminants, odors, harmful air particles and even disease-causing viruses and bacteria!  In doing so, individuals within the treated area not only avoid stale, smoke-filled smells and poor air quality but can also experience positive benefits, including removal of smells from furniture and clothing fabric to reduction and removal of health-related problems triggered by poor air quality.  If you find yourself, loved ones, business associates or customers are commonly encountering air contaminated with tobacco smoke, foul particulates and noxious odors in the air, you can increase their health and lives by investing in an air purifier system! However, remember that your UV air purifier isn’t effective in removing tobacco smoke.