Worried About the Effectiveness of Your UV Air Purifier? – Must Read! 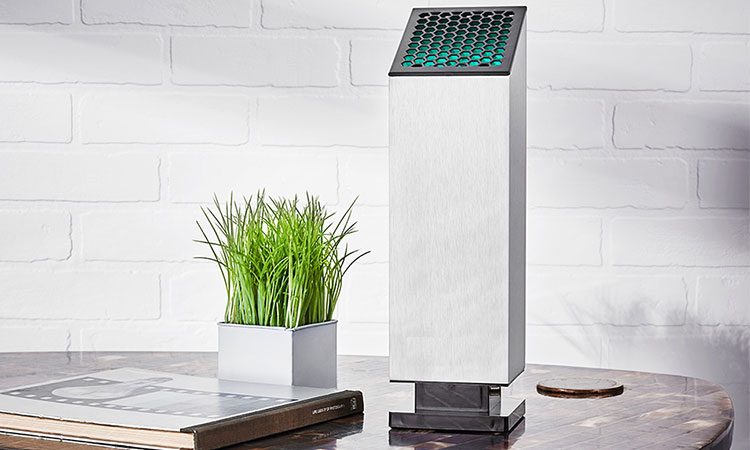 UV air purifiers are often advertised to create a very healthy environment when used in your home, office or other areas. Many consumers are rightly concerned about airborne illnesses and diseases. When thinking about buying an air purifier, they may look to the UV air purifier for its effectiveness in removing these harmful organisms. But one must not only examine how these devices will work to effectively purify the air as well as how well they work to do what they are advertised to do?

How does a UV air purifier work?

When examining how an ultraviolet air purifier works, one must examine the machine that produces the desired purifying effect. UV air purifiers use ultraviolet light, found in the spectrums of radiation that moves at very high frequencies. This range of useable but unseen electromagnetic waves is commonly found within the same speed range as X-rays and radio waves.

In the same manner that UV light from the sun can cause sunburn damage to your skin cells when you have been outside for too long, UV light in an ultraviolet light purifier will produce the same effect of damaging and destroying such harmful organisms as mold, mildew, bacteria and even viruses that can be commonly found in the air.

Any living item that could be brought into your body by respiration or even exposure to the skin can be easily removed by using a safe and effective UV air purifier system. This is an important concept when one is in areas where many people may come into contact with the atmosphere you breathe in; not only in your whole house, but also health care facilities, shopping malls and other public areas where the air is contained, rather than being exposed to air movement commonly found outside.

But, if ultraviolet light can be so dangerous, are there UV air purifier dangers in any way? 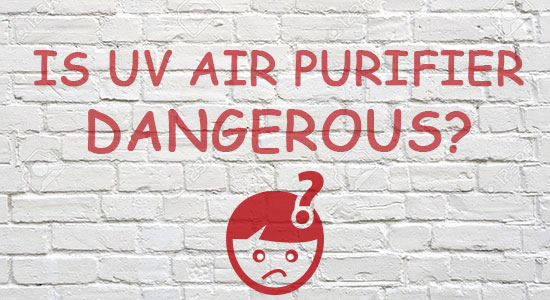 In short: no. The UV light that is generated by this air purifier is typically kept within the unit, rather than being in the atmosphere as sunlight is. Keeping the light within the purifier not only ensures the effectiveness of the filter, but also prevents the dangers of UV radiation from causing problems within the whole house. This air purifier type is so safe that even doctors recommend it to their patients.

Often, these air purifiers are incorporated into the air intake of a heating, ventilation and air conditioning (HVAC) or furnace systems, which ensures the whole house or other areas connected to the HVAC and furnace really receive the benefit of this system’s ability to work upon the air within the whole house. Really, the only dangers that could be concerning would occur if the lighting system was somehow not contained, or if the system itself was not working to remove any impurities due to a broken bulb or electrode. 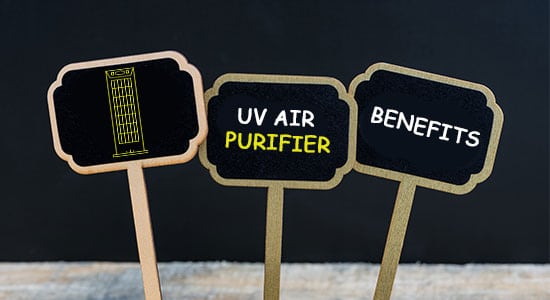 When correctly utilized, the benefits of UV air filtration systems are easily realized. Ultraviolet air purifiers are able to destroy micro-organisms by ‘burning’ the cell walls within the minute life forms, and in some organisms, ultraviolet light waves can even re-write the DNA code or destroy the nucleus of a cell; this caused the organisms moving through the UV air purifier to either die or become unsuccessful at reproducing within the body. This prevents illness and disease within the areas of your whole house, and really prevents any illnesses that may enter your house from achieving full effectiveness.

By working within your HVAC and furnace systems, an ultraviolet air purifier saves energy when compared to multiple filter systems that would have to be distributed in each room of a house. In fact, these systems can be placed flexibly within any part of the HVAC system, either purifying the air before it enters, or by being placed just outside of the air generating system where it will purify any air going from the system into the house.

And regardless of where you decide to install it, you can rest assured that these units really operate silently in comparison to the pumps found in other filtration systems that work constantly to draw air through the filtration systems.

These machines are commonly used in places where there are significant dangers of becoming ill, such as in houses that suffer from mold or mildew, or in healthcare environments where many people would breathe out organisms that are hard to combat, such as seen in those with lung infections and even tuberculosis.

As well as the UV air purifier works within these environments, when they are used to purify air within the clinic or even the whole house, there are a few drawbacks of ultraviolet purifiers to be considered. 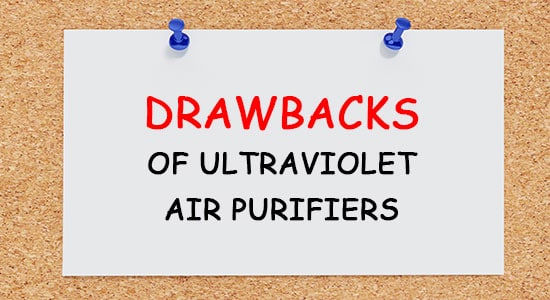 While these machines are effective at preventing illness, they are unable to remove most allergens, dust or solids, and are also unable to remove cigarette smoke, chemical fumes or gases, since few to none of these listed items are actually alive. This means that they do not have cellular walls to break down or DNA to affect.

In addition, there are UV air purifier dangers in that some UV air purifiers produce harmful ozone as they destroy organic substances. While a small amount of ozone is harmless, receiving continuous amounts of ozone in the whole house can be harmful. Thus, it is recommended that you research each particular model of UV air purifier to see if and how much ozone it produces when used.

For consumers that are focused on disinfecting the air they breathe throughout the whole house, a UV air purifier is one of the safe choices. Its effectiveness has been proven in hospitals, clinics and other places where micro-organisms could cause disease and illness concerns. These machines often come paired or incorporated into other air filtering devices, such as HEPA filters, activated charcoal beds, and fume removal equipment. While ultraviolet air purifiers can create ozone, they are really a quite useful concept for ensuring the whole house and residents can reduce the chances of becoming ill from the air.